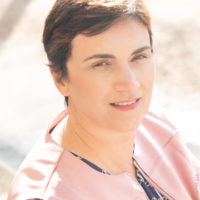 Committed and creative, Virginie creates very personal fragrances that reflect her inspirations as well as the soul of Provence from which the essences come. 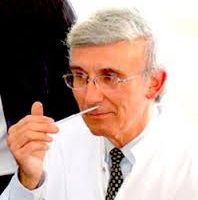 Perfumer who has learned from the best. From Switzerland to the United States, he did a benevolent and favourable apprenticeship, surrounded by beautiful materials.
Au pays de la fleur d'oranger

Virginie Roux was born in La Colle sur Loup, in Provence. Attached to its authentic roots, Virginie faithfully perpetuates the traditions and expertise of her ancestors. Committed and creative, Virginie creates very personal fragrances that reflect her inspirations as well as the soul of Provence from which the essences come.

Virginie has signed 3 collections of multi-faceted perfumes with her perfumer accomplice Jean-Claude Gigodot, giving all her soul and choosing the most beautiful raw materials.

This perfumer was born in Grasse and started as a young chemist at De Laire in Paris. There he learned the job of perfumers, with Monique Schlienger and Edgar de Laire. His career is also closely linked to that of his friends Jean-Claude Ellena and Lucien Ferrero, whom he met in Switzerland at Givaudan in the early 1970s.

After many experiences in the USA or Grasse and many encounters, Jean-Claude Gigodot created his own creative company “Sentaromatique” in the 90s. Among the brands for which he has worked: Caron, L’Artisan Parfumeur (the famous ball of Provence with Jean Laporte) Sisley, Yves Rocher, Les Parfums de Rosine, Revlon or Esteban… He joins Au Pays de la Fleur d’Oranger by becoming the in-house perfumer and the accomplice of its designer, Virginie Roux.

Advertisement cookies are used to provide visitors with relevant ads and marketing campaigns. These cookies track visitors across websites and collect information to provide customized ads.

Analytical cookies are used to understand how visitors interact with the website. These cookies help provide information on metrics the number of visitors, bounce rate, traffic source, etc.

Other uncategorized cookies are those that are being analyzed and have not been classified into a category as yet.

Performance cookies are used to understand and analyze the key performance indexes of the website which helps in delivering a better user experience for the visitors.

SAVE & ACCEPT
Powered by